Our radio show featuring interviews with experts and those managing their pain.
Listen >

Join the conversation with other members of the Pain Concern community.
Join the community >

Information about pain, conditions and self-management
Read and download >

Our booklet to help people understand and manage their pain.
Read more >

Find out how we can put pain in its place.
Watch >

Keep updated with everything to do with Pain Concern with our Pain Press newsletter.
Sign up >

Pain Matters is now available on your computer, tablet or phone

Pain Matters, the magazine for people living with chronic pain,

is now available digitally! You can order the latest edition and all previous edition back to issue 48 now. Subscribe quarterly or annually, or just buy a single issue as and when you choose.

Or search for ‘Pain Matters’ or the Pocketmags app via the Apple store, Google Play or Amazon Newsstand.

Reclassification of Pregabalin and Gabapentin

As mentioned in the Latest News post of 17th October 2018 – and also featured in the forthcoming issue, issue 71, of Pain Matters – as of 1st April 2019, prescription drugs Pregabalin and Gabapentin are to be reclassified as Class C controlled substances. NHS England has just published updated guidelines for patients and healthcare professionals, to be distributed in March 2019.

A recent article on the academic and current affairs website, The Conversation, by Professor Blair Smith from the University of Dundee, regarding his team’s study on the global increase in opioid use, has sparked debate over the overprescription of opioids in the UK. Professor Smith has found that while short-term opioid use for pain management can be effective, ‘there is clear evidence that they cause widespread and potentially serious harms, when taken long term.’ Another important factor identified by Professor Smith and his team is the social aspect of opioid prescriptions, with ‘four times more prescriptions for strong opioids’ given out in the most deprived, compared to the most affluent, areas of the country.

Professor Smith concludes, ‘Clear guidelines for doctors and screening processes could help reduce the harm caused by opioids. But we must also address the causes of long-term pain, which drives their use. Most importantly, these include deprivation, and the ageing demography of our society. Without investment to address these, the opioid epidemic is set to spread globally.’

An opinion piece in The Guardian, titled ‘Opioids don’t work for most people with chronic pain. So why do we still prescribe them?’, by NHS psychiatrist Mariam Alexander, questions the use of opioids as a means of managing chronic pain. The article, which puts more emphasis on the patients for whom opioids are ineffective, rather than the one-in-ten patients who do benefit from their use, comments on the fact that most GP appointments last only ten minutes. This is cited as a factor in the prescription of opioids as a first response, an issue to which Paul Evans refers in his article about The Navigator Tool in the next issue of Pain Matters, due to be published in March 2019.

Regarding the overprescribing of opioids, The National Institute for Health Research (NIHR) has awarded £2.4 million to researchers at Keele University to investigate overprescribing of opioid painkillers in primary care so as to improve the treatment of people with persistent pain – without the use of long-term opioids. The research programme, funded by NIHR Programme Grants for Applied Research, will involve developing an intervention for clinical pharmacists to help people with persistent pain reduce or stop taking opioids (where appropriate), and support them to self-manage their pain. The research will test this intervention in approximately 1000 patients to establish whether it leads to less opioid use, without making patients’ pain worse, and whether this results in better use of NHS resources compared to usual GP care.

The journal Pain recently published an important study on the use of cannabis, and medicines based on cannabis (cannabinoids), for chronic pain conditions (chronic pain in cancer patients was specifically excluded). Researchers were from institutes in Sydney, Brisbane and London specialising in substance abuse and addiction. The study involved reviewing published data from trials and clinical reports where cannabinoids had been used in patients with neuropathy, fibromyalgia, rheumatoid arthritis, multiple sclerosis, visceral pain or undefined pain. The researchers looked at the results for 30% or 50% reduction in pain and the proportion of patients who obtained that benefit. In summary 29% of patients receiving cannabinoids reported a 30% reduction in pain compared with 26% receiving placebo. Statistical analysis showed that this difference was real, but 24 patients have to be treated for there to be one who gets this benefit. When 50% reduction in pain was looked at there was no significant difference between patients receiving cannabinoids and placebo. Furthermore, there were no measurable benefits in emotional or physical functioning. Side effects included dizziness, difficulty in concentration or comprehension, confusion or disorientation. They were commonly observed and only 6 patients needed to be treated for there to be one who experienced side effects. The studies reviewed by these researchers collectively involved nearly 10,000 patients. They found that 24 patients need to be treated for there to be one experiencing a benefit and that for every 6 treated there is likely to be one with harmful side effects. And so, they conclude that it is unlikely that cannabinoids are an effective medicine for chronic non-cancer pain. The researchers point out that many of the studies were very small, many were with patients who were already on other pain medicines, some were short term studies despite dealing with a chronic condition and finally, chronic pain itself is highly complex condition. They state that long term large-scale well-designed trials will be needed to provide definitive evidence on any benefit for cannabinoids in chronic pain.

Letter to The Times

A recent letter to The Times signed by more than 150 pain medicine consults including Pain Concern’s medical advisor raised concerns about a recent decision by the UK government to allow specialist pain doctors to prescribe cannabinoids for chronic pain, describing the decision as premature.

Pain Concern’s Medical Advisor, Dr Cathy Price commented that she signed it as she fully shared the concerns of virtually all pain clinic consultants in the UK:

Firstly, the people who benefit the most are not clear with a very small number who benefit substantially compared to the number who are harmed by cannabis. A very recent systematic review published in Pain this month provided scientific evidence to justify our concerns. Secondly, the number of people with chronic pain is very large and potentially there could be many people wanting cannabis but likely to benefit very little. This could potentially have denied other more effective treatment to patients.

While other doctors have written to The Times disagreeing with the letter it remains true that there is near unanimity among pain consultants that there is little evidence to support the use of cannabinoids in chronic pain.

The Faculty of Pain Medicine has issued a position statement broadly supportive of this position pointing out the lack of evidence of benefit and clear evidence of potential harm from cannabis. The pain profession seems united in wanting more evidence but for the moment remaining doubtful that cannabinoids have a role in the treatment of non-cancer chronic pain 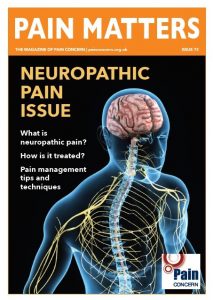 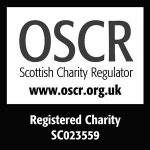