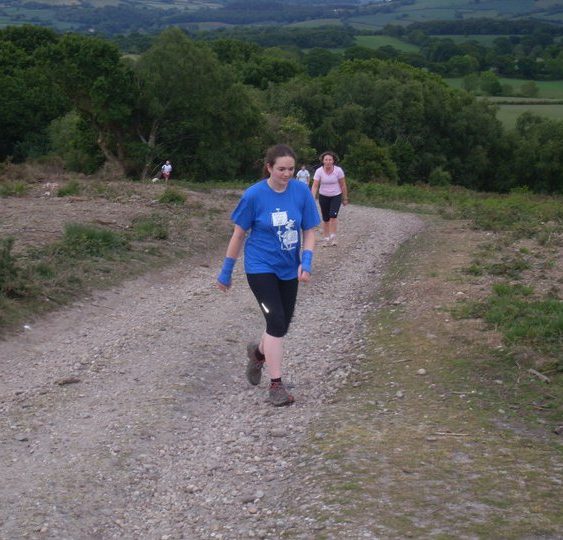 At the age of 24, Kiera Jones’ career as a scientist was abruptly disrupted by the onset of chronic wrist pain.  She tells us about the frustrations of the condition and how she is gradually finding ways to work around it to get her career back on track

Three and a half years ago my life was very different. I was one year into a PhD in Chemistry at the University of Leeds doing lots of experiments: practical, hands-on work using lasers. My typical workday would involve going into university, setting the experiment up, recording data and then analysing it on the computer. Then I’d head home to rustle up some dinner before meeting with friends for the evening. I’ve always been a very active person, and so at the weekends I loved to get outdoors as often as I could. I went hiking, scrambling, rock climbing, caving; all sorts of different activities. Even if I had a quiet weekend I would still squeeze in a quick swim, or a game of badminton or squash.

But that was a long time ago, before I had the pain. It started fairly innocuously, and for no apparent reason – my right wrist simply got a little bit sore whenever I was using it, whether in the lab or in the office. A couple of weeks after that, my left wrist started to hurt as well, and it gradually got worse and worse until I simply couldn’t go into university anymore. I packed up my things and left, signed off as sick. I had no idea then that it would be nearly two years until I was back.

I moved back home to Gloucestershire and began the mammoth task of exhausting all possible diagnoses. Over the next few months I went through the whole rigmarole of seeing various specialists, and had MRI scans, X-rays, ultrasounds… the lot. I even had an arthroscopy, which was an operation where a little camera was inserted into my wrist, but nothing abnormal could be seen. All the tests simply turned up blank. No one could figure out what was wrong. But my wrists kept hurting.

Before I had chronic pain myself I thought that pain was just a bit of an inconvenience that you had to put up with. Being out and about all the time I always had scrapes and bruises, and every so often I’d twist an ankle or damage a knee. Yes, it hurt, but such little injuries are part and parcel of life. There’s a reason for them, they heal quickly and you get on with your life. The idea that pain was a useful signal to signify that something was wrong was well-entrenched.

Now, however, I’ve had to come to the terms with the fact that just because I feel pain, it doesn’t mean there’s anything physically wrong. Clearly, a diagnosis, a reason for the pain, is a comforting thing. It’s very reassuring to think ‘well I did that, which made something happen inside my wrists and made them hurt. I better not do that again’. But unfortunately there doesn’t have to be a reason.  And, hardest of all to accept, there isn’t going to be some new diagnosis followed up by a magic cure. There is no defined future time when everything will get better.

With this uncertainty comes the difficulty of explaining to others what’s wrong. My family and friends try their best to understand, but some people seem to think that if there is no physical problem, if you can’t see a plaster cast or some other visible sign, there can’t really be anything wrong. But the pain is definitely there. Whenever I use my hands my wrists hurt: it’s a cramp-like feeling of variable severity. I also get stabbing pain if, for example, I lift too heavy an object. It rarely completely goes away.

There are several drugs available that can help people with chronic pain. I tried out three of these, but none of them had any positive effect. I was given various stretches and exercises to do, but these only exacerbated the problem. Reluctantly, I even tried acupuncture and TENS machines, but again these did nothing to help. It seemed like I was well and truly stuck.

I spent several months doing a lot of moping. But I’m not really one for sitting around listlessly, and so I gradually began to pull myself together. I got myself some voice-recognition software for my computer so that I don’t have to type, I can just speak into it, and that works really well. With the software’s help I wrote a book and started a blog (that I have, alas, currently let lapse). I started to do a lot of exercise – not the sort I used to do, but new activities like Pilates and running. A pain physiotherapist I saw a few times told me about Pain Concern and so I offered to be a volunteer. A few weeks later I was arranging interviews for the radio show at a huge conference. In other words, I started to turn things around.

While all these little activities were all well and good, there was still the gaping hole that was my future. I had spent my whole life training to be a scientist but experimental work is very hands-on and that’s what I like doing. Clearly going back to the lab wasn’t an option. I also couldn’t live in a student house in Leeds like I had done previously, as simple tasks, such as cooking and cleaning, can result in just too much pain for me to deal with. However, there was no way I was going to leave my PhD unfinished.

With considerable negotiation a plan was formulated. I would work from home, many miles from the university, part-time. To keep everyone updated with my progress I would visit my supervisor at least once a month. I would switch from lab work to computational work. So far, this plan has worked. The transition has been hard, but I’ve stuck with it for over a year and things are progressing reasonably. Working from home isn’t something I’d recommend as I rarely see anyone from 9 till 6, and it’s hard to work with so little support. It all gets rather lonely. However, it’s much better than nothing.

I can’t do all the activities I used to, and my social life is hardly glittering, but I’ve made progress. I joined a running club and have met loads of great people through that. The endorphins from the exercise are also an effective pain killer! I have to wear splints as I run otherwise it hurts too much, but that’s hardly a major inconvenience. I also help to run a social group where I now live in Exeter that organises pub and theatre trips, days out etc. I don’t see my older friends as much, but I make an effort to still keep in touch. It’s not the life I used to have, or the life I would choose ideally, but it is a life. It’s a life strongly influenced by the pain but not defined by it.

In summary, I think you have to try and accept that pain just isn’t going to go away overnight. You have to say ‘right, this is something I’ve got, and I have to deal with it’. It’s hugely, hugely rubbish, it causes huge amounts of suffering and it disrupts your life completely, but you have got to work from that point and do as much as you can do with the pain and try to build something good.

Kiera was invited to speak about her experiences at the UK Pain Summit. You can find Kiera’s blog ‘Look No Hands’ at: http://nohandsjones.blogspot.com/