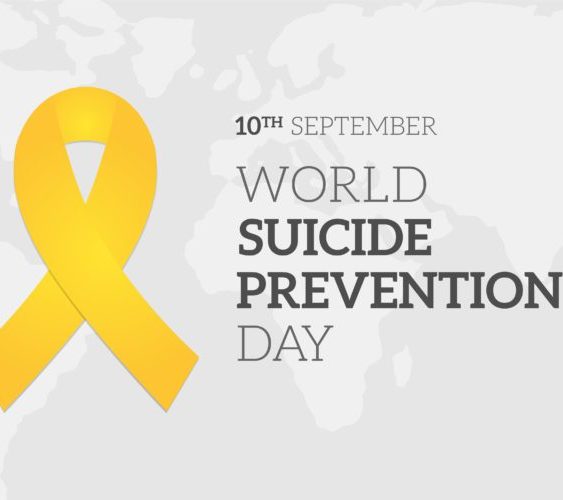 The 10th of September marks World Suicide Prevention Day 2021. So, here at Pain Concern, we decided to do some research on the links between suicide and chronic pain.

Despite the fact that research in this area is limited, there is already some extremely enlightening literature on the subject.

We also had the privilege to receive a statement from survivor Ruth Hunt, who has first hand experience of how long-term pain and suicidality often go hand in hand.

Early stage research on the topic

The following journal article, published in 2020, was written by Senior Research Fellow at the Center for Contextual Psychiatry Olivia Kirtley, Professor of Health Psychology at Staffordshire University Karen Rodham and Research Psychologist at the University of Oxford Catherine Crane.

They highlight a more holistic approach towards chronic pain and mental health problems (particularly suicide), which have previously been treated more as separate issues. Kirtley, Rodham and Crane assert that ‘individuals with chronic pain are at elevated risk of suicide’ and propose that actually these two topics are inextricably linked and should be treated as such in the medical field.

To read this publication in full please click here.

We hope that funding and research in this area continues to gain traction in the coming years.

Words from a survivor

The following is a first hand account written by Ruth Hunt about her own ongoing experiences of suicide and chronic pain:

I was just 18 years old when I stepped off a window ledge and dropped forty feet, hitting the back of my heels first, causing life-changing damage in my back, with burst fractures damaging my spinal cord at L1, L2. This means that below my waist I have a lack of mobility and sensation.

Thirty years later, and that initial injury has been joined by an amputated right leg. When I was in my late twenties (and in my thirties and forties) I began to suffer from spinal cord related osteoporosis and kyphosis. The bipolar disorder that contributed to the incident when I was 18 is now mostly under control, but has been replaced by a persistent reactive depression that, as I have got older, has become more of a problem.

A defining moment for me was the year when I lost my leg in 1999. I had expected relief, after suffering for ten years with a pressure sore on the heel.  Instead, the pain was pure agony, and I could no longer go out to work because of it.

I fell into a deep depression and at the end of the year tried to end my life. After a week in intensive care, I was put on a Section 3 and spent the next three years in a psychiatric hospital. During this period, I had to leave the job I worked so hard to get, my marriage with the only man I have loved ended and my home, which we had only just bought, had to be sold at a loss. Homeless in hospital, I faced the prospect of starting completely over again. I thought things couldn’t get any worse.

Bit by bit I began again, but it became clear that not only had my confidence taken a huge knock, but my physical state was considerably worse. Bone-pain was added to neuropathic pain and phantom pain.

My spinal surgeon diagnosed me with osteoporosis. The curve in my back, kyphosis, began to be monitored, something I viewed then (and still do) as pointless as I’ve been told it’s too much of a risk to operate on me.

The medication to treat my pain is mostly opiates, and when I was in my forties my dose reached 900 mg a day. My GP is reluctant to increase it any further, so I rely on PRN medication to try and get me through the day and night.

My world got smaller to the point where I am now, completely isolated at home.  I have care staff who barely communicate with me, as they assist me with personal care.

Increasingly, thoughts about ending my life have dominated my days, but I don’t have anybody to talk it over with me. My journal is my way of ‘talking things over with myself’, but it’s not enough.   When I tried to talk to the GP, she looked alarmed, cut me off and asked if I was still taking my medication…My bipolar isn’t the problem – was my reply, but by then I had lost her attention.

Harrowing accounts like Ruth’s serve to highlight just how vital it is that more time and money is dedicated to researching and finding more effective ways to treat patients who experience suicidality associated with their pain. This may mean that in time, Ruth, and many others with similar experiences, will be able to feel hopeful about the future. We would like to thank Ruth profusely for sharing her story with us.

Please click on any of the below to be taken to their websites.