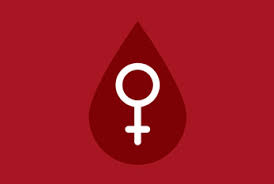 Today, February 6 marks the 10th annual Day of Zero Tolerance for Female Genital Mutilation. It’s an awful thing to have to commemorate. According to the World Health Organization, about 140 million women and girls are living with the consequences of FGM–the vast majority (about 101 million) in Africa but is being carried out globally; from Iran to Northern Ireland.

Female genital mutilation (FGM) comprises all procedures that involve altering or injuring the female genitalia for non-medical reasons. It reflects deep-rooted inequality between the sexes, and constitutes an extreme form of discrimination against women and girls. The practice also violates their rights to health, security and physical integrity, their right to be free from torture and cruel, inhuman or degrading treatment, and their right to life when the procedure results in death.

The practice is mostly carried out by traditional circumciser’s, who often play other central roles in communities, such as attending childbirths.

Here at Pain Concern, and like many health and wellbeing organisations we take a zero tolerance stance towards FGM. We were also awarded funding from Rosa: the UK Fund for Women and Girls to create a project and raise awareness of the long term effects of female genital mutilation (FGM) on survivors, including the often overlooked issue of persistent pain in later life. As a result, we created ‘Protect our girls’, in which Janet Graves (a former producer of BBC Women’s Hour) hears from FGM survivors (including Mojatu’s Valentine Nkoyo) and the specialist midwives and health-care professionals treating them about this culturally-embedded practice and the steps needed to uproot it.

Paul’s entry was engaging throughout, but it included a ‘stop what you’re doing’ moment with Airing Pain – a podcast for Pain Concern about Female Genital Mutilation. This incredibly powerful production dealt with the subject with great honesty and sensitivity. This is really important programme making.

For more information on other charities and organisations that deal more specifically with FGM please have a look at these websites:

We still have a long way to go, but this harmful practice is on its way out, though not soon enough. #EndFGM.