The winners for the 2015 Radio Productions Awards have been announced, with Airing Pain’s very own producer and presenter Paul Evans taking home the Best Nations & Regions Producer prize!

Paul won the award (sponsored by Quattrain) for not only all of his invaluable work for us at Pain Concern; including our AP71: Protect our Girls programme (that is now also available on YouTube) but all of his freelance work with BBC Radio Wales. 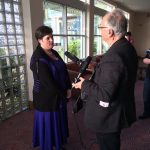 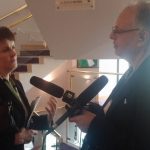 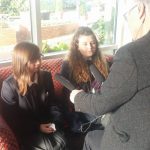 The ceremony hosted on Tuesday evening (24th November) at London’s Hippodrome Theatre, and was organised by the Radio Independents Group (RIG), with the continued support from the Radio Academy. It was hosted by BBC Radio 1 presenter Gemma Cairney and the guests presenting the awards included fellow presenters Goldirocks and Clara Amfo, as well as Dotun Adebayo, Roger Bolton, Sue McGregor and journalist and presenter John McCarthy.

Now in their sixth year, the RPAs recognise and celebrate the production skills of radio and audio producers based in the UK or supplying UK-based broadcasters from overseas. This year’s nominees included a total of 26 different indie shows, with 12 nominations for the BBC and 10 for commercial radio.

To find out about all the winners in full: Click here!

Paul’s category is new and is ultimately designed to recognise outstanding achievement from a UK based producer in any genre whose primary working base is outside the Greater London area, or in Scotland, Wales or Northern Ireland. Where possible entries should highlight the way in which the producer has benefited from, or reflected either a regional outlook, or alternative national outlook, in their programme-making. The award was presented to Paul by Dotun Adebayo.

“Paul’s entry was engaging throughout, but it included a ‘stop what you’re doing’ moment with Airing Pain – a podcast for Pain Concern about Female Genital Mutilation. This incredibly powerful production dealt with the subject with great honesty and sensitivity. This is really important programme making. The rest of Paul’s entry demonstrated how rooted his programmes are in Wales; with intelligent and well-crafted stories about events in Welsh history. In his programme reflecting on the Gresford Colliery disaster, Paul beautifully helps to keep the memory of those who perished alive. The breadth of material shown in Paul’s entry, demonstrate an ability to bring his talents as a presenter and producer to bear on many different kinds of radio project. The judges felt that this versatility combined with his excellent storytelling ability made him the deserving winner.” ~ Award Judges Panel on Paul’s submission.