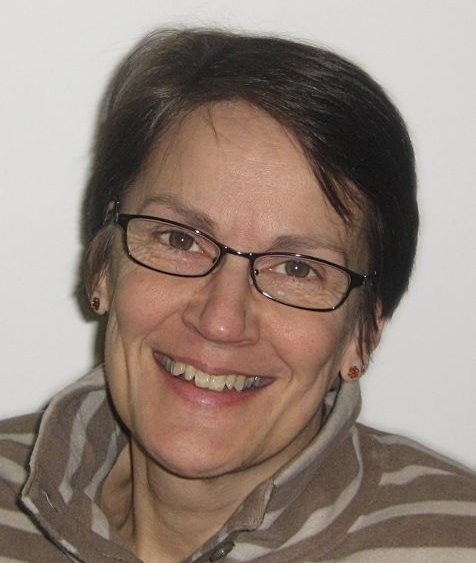 Pain crept up on me. I have a significant mobility impairment and a curved spine, but I had only experienced the random aches and pains of walking with an abnormal gait. However, about 5 years ago I had the office winter cough and cold and while I was ill began to notice that my thumb joints had started to hurt. I assumed this would stop once I got better but it didn’t and in fact got worse.

After many months I followed this up with the GP and a physiotherapist and had acupuncture regularly to relieve the symptoms. Looking back it seemed to be from that time onward I began to ‘chase’ short lived inflammation sites around my body. Eventually it settled into stiffness in the lower back which progressed slowly but surely over the next two years into a persistent and increasing pain in my left hip.

I tried physiotherapy and took anti-inflammatory tablets for longer and longer periods of time, which made little difference to the pain, but had troubling side effects. I found it particularly difficult in the morning as it hurt more then and I started to go to bed later and get up earlier to try to keep on top of the discomfort. I felt ever more frantic about my ability to continue normal day to day activities at work and at home. I became over-tired, very grumpy and lost weight.

Each medical appointment and referral process with the GP and hospital took weeks and resulted in hardly any useful information and no positive improvement in my condition. Finally, through contact with an orthopaedic surgeon – a friend of a friend – I was referred to a musculoskeletal specialist. He explained Myofascial Pain Syndrome to me and somehow managed to convince me that I could someday be well again.

It certainly has not been a smooth ride over the last 18 months. I decided that relentlessly keeping going hadn’t helped me in any way and I took extended sick leave from my job – something I had hoped never to have to do. Slowly, over the months, the pain and my absolute terror has subsided and I have regained some confidence in my body and faith in my future.

Thankfully I have managed this with minimal medical procedures and my musculoskeletal doctor has set me a challenge for 2014 – I am to learn to breathe using my diaphragm and not my chest muscles. Shallow breathing, he says, will have contributed to my thumbs hurting in the first place!

My GP has always been supportive but in general I have found interacting with the NHS frustrating. In fairness, I don’t think I was ever sufficiently clear about either the effect of the pain on me or what I would like to see done about it. I am sure I would approach the same situation very differently next time. I understand pain to be a complex condition but I am certain that my experience would have been less distressing and probably resolved more satisfactorily if there were specialist pain consultants available to offer support from an early stage.

Ruth, I found your article very interesting. I have hd similar problems and whill this week be visiting a private consultant, in the hope he can help me with pain management of my arthritis.

I particularly agree with the notion that there should be more support for pain management from an early stage in these type of conditions.

I wish you well for the future.

© 2010-2021 Pain Concern. All Rights Reserved.
Registered Charity no. SC023559. Company limited by guarantee no. SC546994. 62-66 Newcraighall Road, Edinburgh EH15 3HS
https://painconcern.org.uk/cordless-car-vacuum-cleaner-eraclean-best-handheld-vacuum/
We use cookies on our website to give you the most relevant experience by remembering your preferences and repeat visits. By clicking “Accept All”, you consent to the use of cookies. Read More...
Cookie settingsACCEPT ALLREJECT
Manage consent

This website uses cookies to improve your experience while you navigate through the website. Out of these, the cookies that are categorized as necessary are stored on your browser as they are essential for the working of basic functionalities of the website. We also use third-party cookies that help us analyze and understand how you use this website. These cookies will be stored in your browser only with your consent. You also have the option to opt-out of these cookies. But opting out of some of these cookies may affect your browsing experience.
Necessary Always Enabled

Performance cookies are used to understand and analyze the key performance indexes of the website which helps in delivering a better user experience for the visitors.

Analytical cookies are used to understand how visitors interact with the website. These cookies help provide information on metrics the number of visitors, bounce rate, traffic source, etc.

Advertisement cookies are used to provide visitors with relevant ads and marketing campaigns. These cookies track visitors across websites and collect information to provide customized ads.

Other uncategorized cookies are those that are being analyzed and have not been classified into a category as yet.

SAVE & ACCEPT
Powered by